Lacey & Alex’s stories are about a pair of friends who live in San Francisco. The first concerns a stolen dagger that Lacey (part time private investigator, full time barista) is commissioned to find. It winds up involving far more than just a stolen dagger, and the two intrepid investigators wind up travelling quite a bit for people without a car. 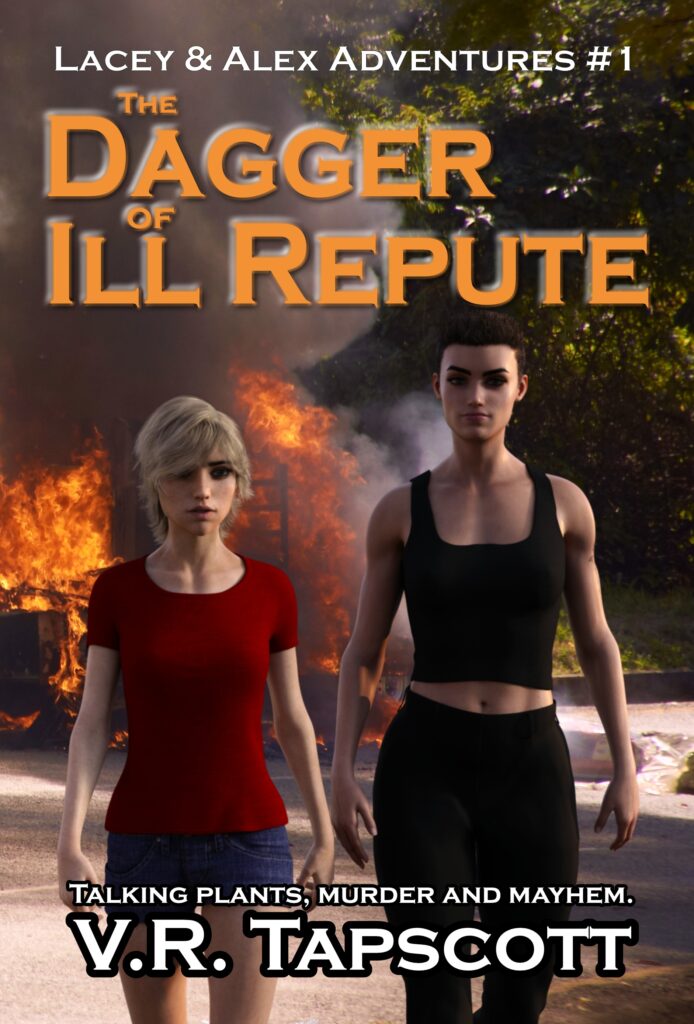 Mechanical creatures, dirigibles and dark deeds populate this next chapter in the Adventures of Lacey & Alex.

Our heroes wind up in a “whole new world” where steam and mechanical cogs are king, hydrogen balloons still roam the earth, and an evil Queen holds sway over her people.

Alex has been drawn there to take the place of the recently assassinated “Lady”, and Lacey is her “Knight” – the former Lady and Knight having been killed by the Queen.

In this new world, Alex can do far more than simply talk to plants, and Lacey is “hot” in a whole new way.

But, will it be enough to depose the Queen and save the world? 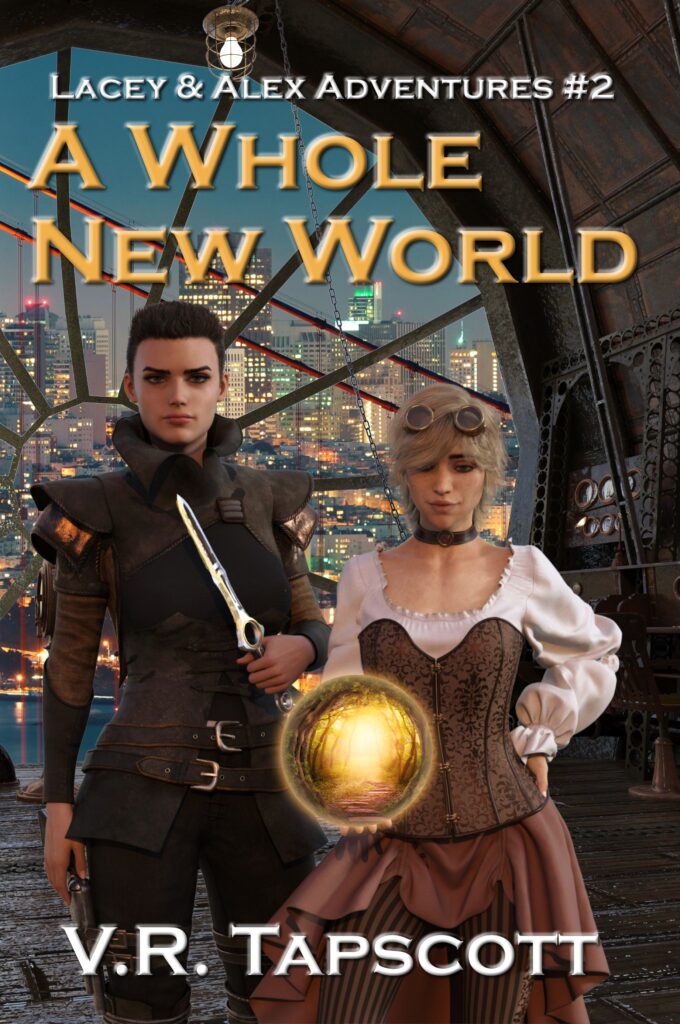